Totipotency I: Has "totipotency" become obsolete as a criterion for establishing the normative status of an embryo? 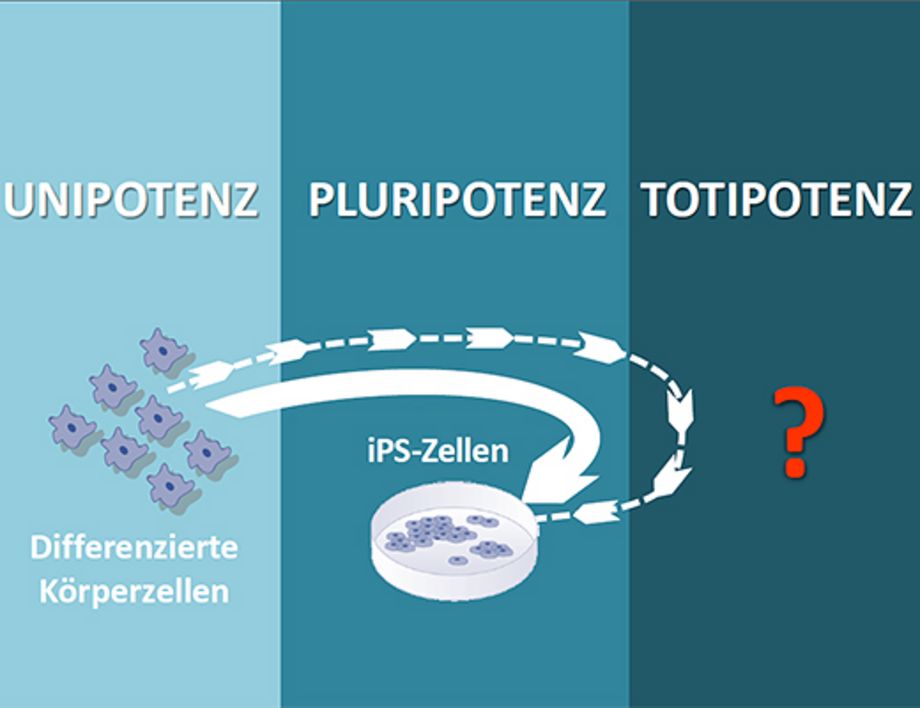 What constitutes an "embryo" from a legal point of view? Hitherto, the answer has been "totipotency". This is outdated, say legal scholars from the University of Passau. In the new legal definition of the term "embryo" proposed in the project, development capacity of a cell or a cluster of cells still plays a decisive role.

Totipotency as a legal criterion

The term "embryo" in the German Stem Cell Act (Stammzellgesetz - StZG) covers every totipotent cell. The same applies - at least in the case of an extremely broad interpretation - to the German Embryo Protection Act (Embryonenschutzgesetz ESchG). A cell is considered to be totipotent if it is able to divide and develop into an individual. Totipotency, therefore, denotes a definite, very far-reaching development capability.

Legal scholars from the University of Passau were part of an interdisciplinary research team that, inter alia, submitted a reform proposal for the legal definition of the term "embryo" within the framework of a project sponsored by the German Federal Ministry of Education and Research (BMBF). The scholars from Passau cooperated closely with experts from philosophy and medicine. The title of the research project was: "Developmental Totipotency: Defining a Normative Criterion in Ethics and Law in the Light of Novel Results in Developmental Biology".

"Qualified development capability" instead of totipotency

In her doctoral thesis, the junior scientist who led the legal research team proposed to replace the criterion of totipotency with the criterion of "qualified development capacity". Single cells or multicellular entities should be able to develop at least as far as neural tube formation, i.e. the earliest possible form of brain development. Cells which only possess a "transient" totipotency, e.g. in the context of cell reprogramming, are not covered by the new definition.

This means that if medical practitioners artificially produce so-called induced pluripotent stem cells (iPS cells) by reprogramming somatic cells in the laboratory and assuming that these cells undergo (hypothetically) a transient phase of totipotency in the course of reprogramming, such conduct would be legally permitted. If they carried out experiments with human cells fertilised in the laboratory, such activity would constitute a legally prohibited abuse of embryo according to the new definition, provided the cells are capable of developing a neural tube.

Weaknesses of the current definition

Currently, the definition of the legal term "embryo" in the ESchG is as follows:

(1) For the purpose of this Act, an embryo already means the human egg cell, fertilised and capable of developing, from the time of fusion of the nuclei, and further, each totipotent cell removed from an embryo that is assumed to be able to divide and to develop into an individual under the appropriate conditions for that.
(2) In the first twenty four hours after nuclear fusion, the fertilised human egg cell is held to be capable of development except when it is established before expiry of this time period that it will not develop beyond the one cell stage.

Essentially the same questions arise with regard to the definition of the term "embryo" in the StZG.

The new proposal and its advantages

The reform proposal of the doctoral researcher reads as follows:

Thus, the criterion of totipotency is replaced by "qualified development capability". The advantages of this approach:

The decisive factor here is the ability of cells or multicellular entities to develop up to neural tube formation. Whether the human cells are artificial or natural is irrelevant in this definition. In the follow-up project "Totipotency as Legal Criterion in the Light of Novel Results in Developmental Biology", the researchers investigated, inter alia, which other criteria artificially created cells must fulfil in order to be considered an embryo. More on this here.

Prof. Dr. Dr. Thomas Heinemann, holder of the Chair of Ethics, Theory and History of Medicine at the University of Philosophy and Theology Vallendar (Philosophisch-Theologische Hochschule Vallendar - PTHV), coordinated the project. Prof. Dr. Hans-Georg Dederer, holder of the Chair of Constitutional and Administrative Law, Public International Law, European and International Economic Law, headed the legal subproject at the University of Passau. Prof. Dr. Tobias Cantz, Head of the Excellence Cluster REBIRTH at the Medical University of Hannover, and Prof. Dr. Hans Schöler, Director at the Max Planck Institute for Molecular Biomedicine, contributed findings from stem cell and molecular research.

The project has received funding from the German Federal Ministry of Education and Research (BMBF) for a period of three years.